Mount Rainier National Park is an American national park located in southeast Pierce County and northeast Lewis County in Washington state. The park was established on March 2, 1899 as the fifth national park in the United States, preserving 236,381 acres (369.3 sq mi; 956.6 km2) including all of Mount Rainier, a 14,411-foot (4,392 m) stratovolcano.

The mountain rises abruptly from the surrounding land with elevations in the park ranging from 1,600 feet to over 14,000 feet (490–4,300 m). The highest point in the Cascade Range, Mount Rainier is surrounded by valleys, waterfalls, subalpine meadows, and 91,000 acres (142.2 sq mi; 368.3 km2) of old-growth forest. More than 25 glaciers descend the flanks of the volcano, which is often shrouded in clouds that dump enormous amounts of rain and snow.

Glaciers, lava flows, wildflower meadows, giant stands of ancient trees. All these extraordinary sights can be found in Mt Rainier National Park, one of the nation’s oldest national parks found less than sixty miles from Seattle.

All year round, sightseers, hikers, and photographers flock to this iconic feature of the Washington landscape; not only to see an active volcano that towers more than 14,000 feet above sea level, but to explore the gorgeous surrounding scenery.

The national park is home to ancient forests, dense wildflower meadows, and abundant wildlife. Overall, Mt Rainier offers one of the best locations in the world to fully experience nature unlike anywhere else in the world.

Due to its high probability of eruption in the near future, Mount Rainier is considered one of the most dangerous volcanoes in the world, and it is on the Decade Volcano list. The large amount of glacial ice means that Mount Rainier could produce massive lahars which could threaten the entire Puyallup River valley. According to the United States Geological Survey, "about 80,000 people and their homes are at risk in Mount Rainier’s lahar-hazard zones.

The Osceola Mudflow of 5,600 years ago was Mount Rainier's signature event during the Holocene. During a period of eruptions, avalanches caused 2 to 3 km3 (0.5 to 0.7 mi3) of mainly hydrothermally altered material from the volcano's summit and northeast slope to slide away. This lahar swept down the west and main forks of the White River, passing the location of current day Enumclaw before reaching the Puget Sound near present-day Auburn.

The Osceola collapse left a 1.8 km-wide (1 mi-wide) horseshoe-shaped crater, open to the northeast, almost the same size as the crater produced by the 1980 eruption of Mount St. Helens. Most of the Osceola crater has been filled in by subsequent lava eruptions, most recently about 2,200 years ago.

As a nature and landscape photographer, I truly believe that you can find beauty everywhere you look in the natural world, from the grandest vista to pebbles in a stream. That being said, there are some places that just ooze wonder and Mt Rainier National Park is at the top of this list. It truly is a photographers paradise. I am blessed that the park is just over two hours from my doorstep and while I have visited many times with my camera, the past year hunkered down in our homes has made me realize I haven't visited nearly enough. This year, with hopes of life returning to some sort of normalcy, I hope to return to the slopes and alpine meadows of the park many times, with my family and with my camera. I took my daughter on her first long hike there when she was three and a half and now it's her brothers turn. :) I hope you find your way to the park one day to see it with your own eyes as well!

The History of the Park

Mt Rainier’s unique glacial landscape generated interest in preservation as early as 1893. Due to the nature of the landscape, the land couldn’t be used for other purposes like agriculture or mining and there was a need for tourism near Seattle and Tacoma. People from a wide variety of backgrounds united over these issues and, ultimately, passed a bill to make Mt Rainier a national park in 1899. At that time, Mt Rainier became the nation’s fifth national park.

Since then, visitation has continued to steadily grow. It saw steep inclines over the course of its first few years. In 1906, roughly 2,000 visitors made their way to the park. Less than a decade later, that number would grow to nearly 35,000. Over the years, park administrators have had to constantly strive to keep up with demand for more roads, lodging, and other amenities. And, as you can imagine, the glacial landscape means it isn’t the easiest accomplishment in the world to just build more roads!

Mt Rainier would eventually figure out its road troubles and become the first national park to allow cars! While this might not have been the best news for the environment, it was great news for those looking for an easier way to access and experience the park.

Whatever infrastructure was eventually put in place is working; from the early 1900s all the way to today, growth within the park has continued to blossom and visitor numbers climb each year. In 2016, over 1.8 million people visited the park.

Despite its challenges, nothing has ever stopped administrators or visitors alike from being truly passionate about Mt Rainier National Park.

The Priority of Preservation

In 1988, The Washington Wilderness Act of 1988 designated 98% of the park as wilderness. This not only gave the land greater protection against development, but shifted the focus of the park to emphasize and protect its most precious resource: nature.

Long ago, the park said goodbye to health spas and golf courses and instead ushered in an age of preservation and outdoor recreation.

The evolution of the park is part of what makes exploring it so magical. When you visit, you likely get on a plane or get in your car, take a shuttle from the airport, stay in a nice hotel, and enjoy any number of other modern conveniences all to experience the natural wonders of Washington’s Mt Rainier.

But, for hundreds of years, visitors of all kinds truly struggled to get there -- either by horse or by foot -- through the Washington wilderness to experience the overwhelming beauty of such an iconic location.

Walking among the same trees that those visitors walked among is truly something special. Forests alone are nearly 58% of the park landscape. Western hemlock, western red cedar, and Douglas-fir are just a few of the trees that tower around you. And, when you travel too high up the mountain, the forests open up to sweeping wildflower meadows. That means that no matter where you go, there’s always new wilderness and hidden treasures to discover.

What more could you want?

Additionally, Mt Rainier National Park is home to a variety of hidden waterfalls fed by snowmelt from the glaciers. Some waterfalls only appear during certain times of the year, while others are always present. Most of the waterfalls are best viewed in the early summer as snow truly begins to melt or in autumn during seasonal rains.

Whether you’re looking for scenic landscapes, extensive hiking, nature photography, or you simply want to find your own special spot in the park, Mt Rainier has a little bit of everything, making it one of the most unique destinations in the world.

The entire park is teeming with life, while also residing in the shadow of a looming volcano. The beauty and the contrast are what make Mt Rainier a magical destination.

Posted in Inspiration.
← Previous: Aspen Tree or Birch? The Art Is In The Details
Next: The Extreme Beauty of Death Valley National Park →

Other Topics of Interest 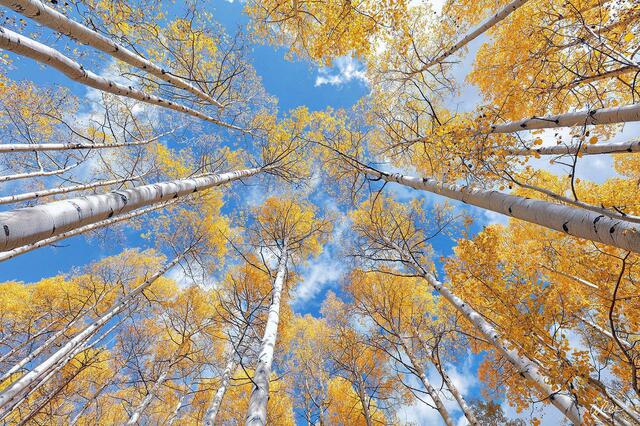 Aspen Tree or Birch? The Art Is In The Details 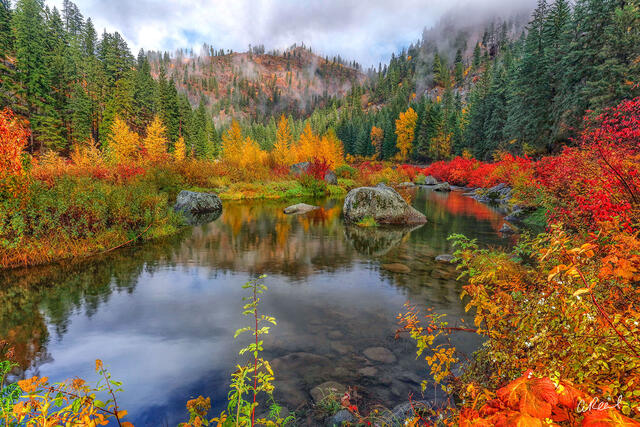 The Benefits of Nature Photography In Your Home 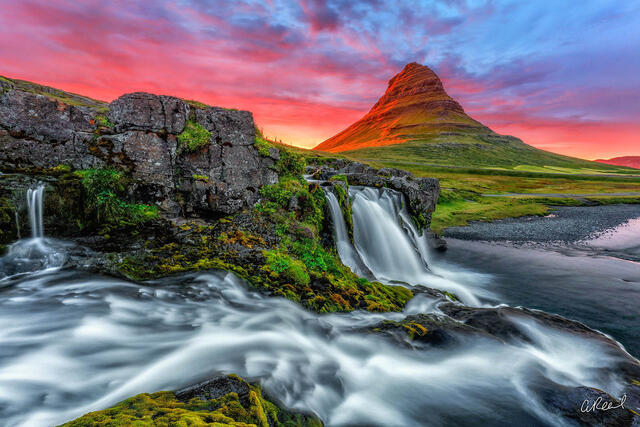 The Day I Was Nearly Boiled Alive In Iceland